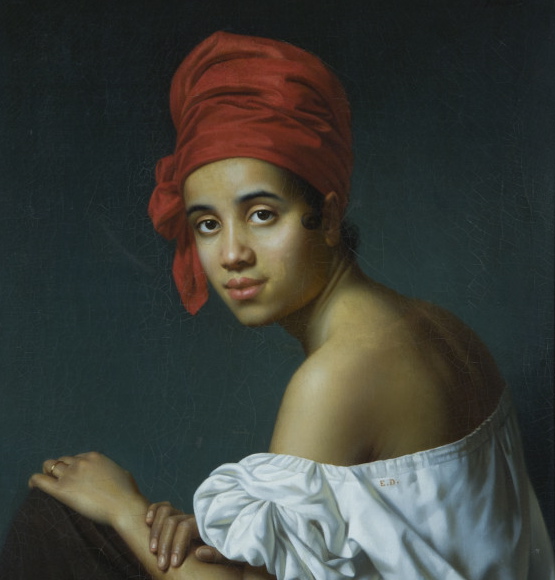 Olivia’s post led me to this fascinating discussion of Jacques Guillaume Lucien Amans’ painting Creole in A Red Headdress (c.1840). Amans travelled from his native France to New Orleans to find work as a portraiturist, and he was quite successful. As a part of an art history seminar, students at Tulane University included Creole in A Red Headdress in an online exhibition entitled From Slave Mothers & Radical Belles to Radical Reformers & Lost Cause Ladies: Representing Women in the Civil War Era. The entry for this painting includes these observations:

…many facets of this portrait remain unsolved, making it unclear as to whether this painting portrays an actual woman or an imagined, eroticized idea of a woman. Because the sitter remains nameless and this painting does not follow the same compositional tenants as Amans’ other portraiture, it might not be considered a portrait at all. In many ways, one might construe Amans’ painting as an exploitative, fantasy-like image of what he believed a mixed-race woman should look like. In New Orleans especially, the view of mixed-race women as both exquisitely beautiful and also sexually available or erotic materialized itself through various pieces of art and literature. While the artistic renderings and theatrical stories of “the Tragic Octoroon”[4] detail the legendary beauty of ill-fated mixed-race women, popular perceptions of mixed-race women deemed their alluring beauty sensuous and licentious. Upon his own exploration of New Orleans, Frenchman Berquin Duvallon characterized, “Mulatto Women [as] full of vanity… with good shapes, polished and elastic skin,” and “[beauty] superior to many of the white girls” (Duvallon, 80).[5] Thus, the intentions behind Amans’ painting could be rooted in these stereotypes. 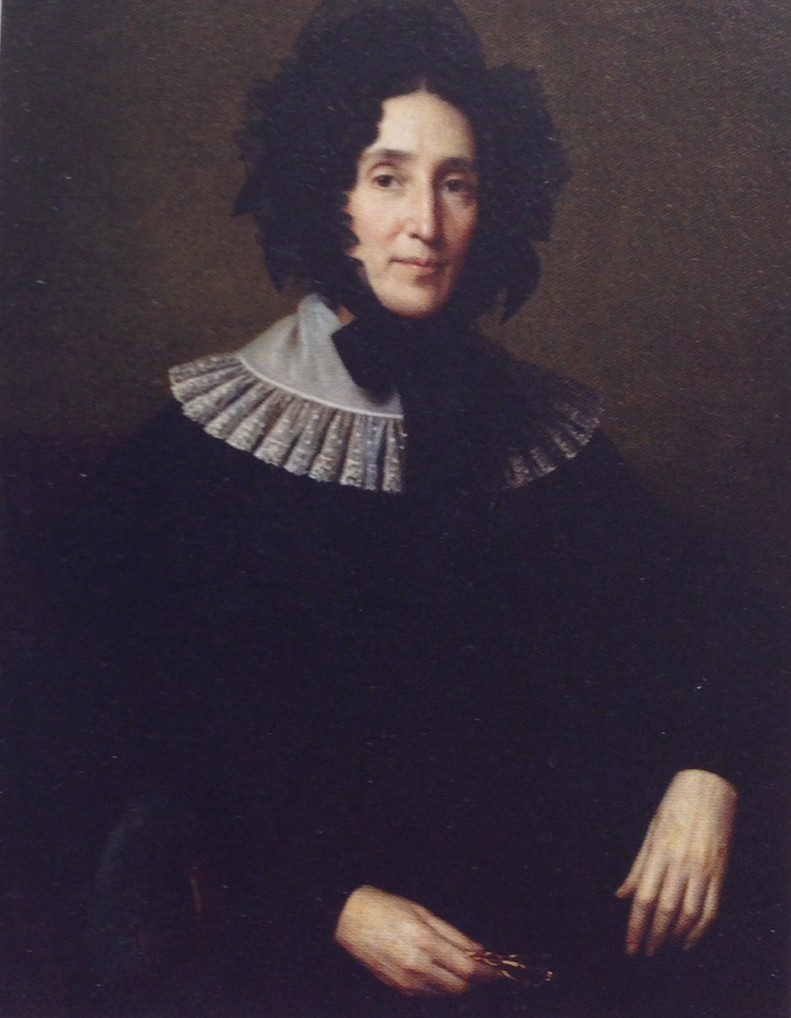