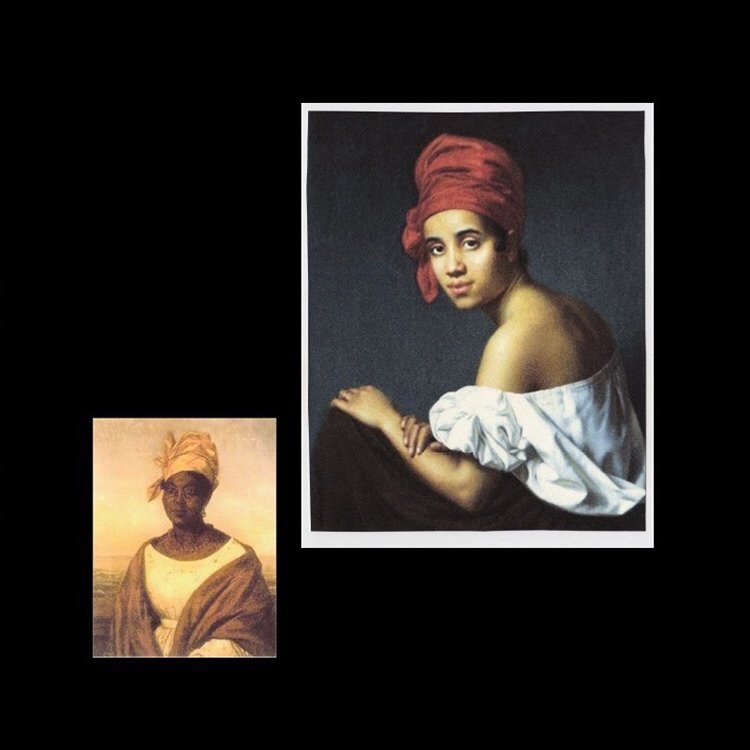 Unfathomable City: A New Orleans Atlas makes it a point very early on to highlight the unique ways in which the city and its residents are at once separated by distinct cultural and geographical markers and pushed together due to lack of land and the very human tendency to commune and exchange culture. In the 1700s, racial, religious, and economic segregation stemming from early immigration, slavery, and the ever-present class divides of an ever-evolving city created a society that simultaneously seems cavalier in its racial mixing and archaic in it its laws and resulting subjugation of the products of it. Gens de couleur libres (free people of color) occupied a space between privilege and extreme oppression that meant they adhered to a unique set of laws made, in some cases, to distinguish them from the enslaved Africans they had seemingly transcended and the white New Orleanians that still viewed them as being distinctly “other.” One of these such laws meant to prevent those of African descent, specifically women, from transcending blackness completely were the Tignon laws.

The tignon laws were a set of sumptuary laws (those meant to essentially criminalize decadence and consumption), that were put in place in 1786 under Spanish colonial rule by Governor Esteban Rodriguez Miró. These laws were created to indicate the class status of women of African descent as well as to separate creole woman of color who had achieved a certain economic status and, in some cases, become almost physically indistinguishable from white women. The blurring of class and racial divides not only angered men in power but European women as well, who began to see the highly exoticised Afro-Creole women begin to ascend social strata by marrying into white society or, in other cases, forging economic success of their own. Tignon laws dictated that women of “pure or mixed” African descent could no longer wear their hair uncovered or adorned in public; instead, they must wrap their heads in scarves to prevent “passing” as white or receiving treatment deemed above them. The law also dictated that Creole women of color could not show “excessive attention to dress” in public. The word Tignon itself is a derivative of the French word chignon that translates to “hair bun.” Historian Virginia Gould is quoted in the book Creole: The History and Legacy of Louisiana’s Free People of Color, written by Sybil Klein, as stating that the laws were meant to force free women of color to visually “reestablish their ties to slavery.” 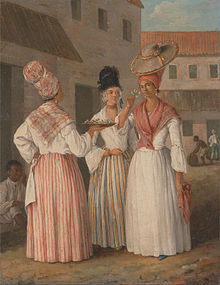 These laws, and the scarves themselves, though meant to subjugate, degrade, and continue the nation’s sordid history of policing black femininity and presentation, were reinterpreted by women of color in extraordinary ways that can still be seen in African-American culture today. Creole women of color who had previously decorated their hair with feathers and jewels did the same with lushly colored scarves that became more of a statement of beauty than a punishment. This form of aesthetic protest became not only a declaration of pride but a positive marker of a culture unique unto itself. In recent years, various interpretations of tignons have experienced a cultural resurgence as women of the African diaspora continue to look to the past and find strength in this unique historical example of ingenuity in the face of institutional debasement. 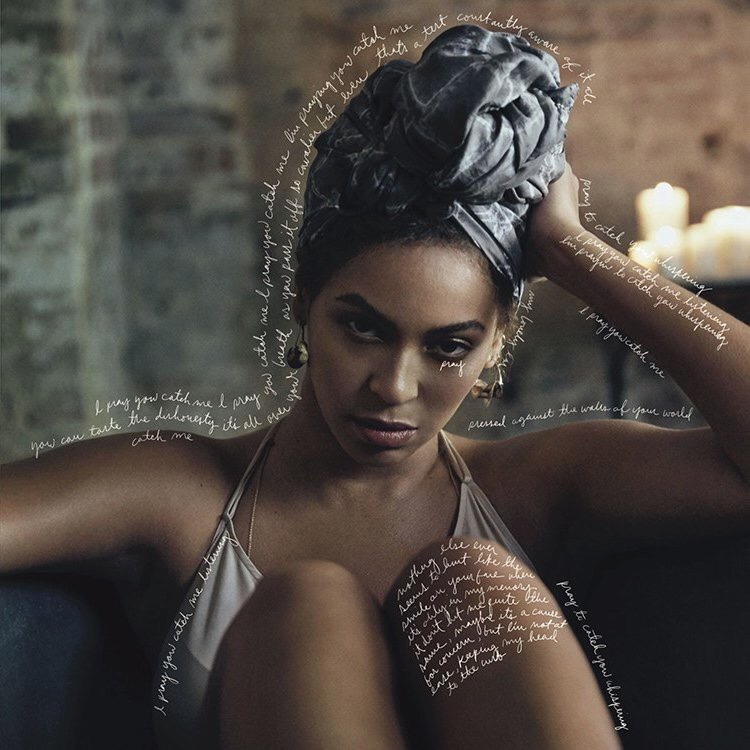 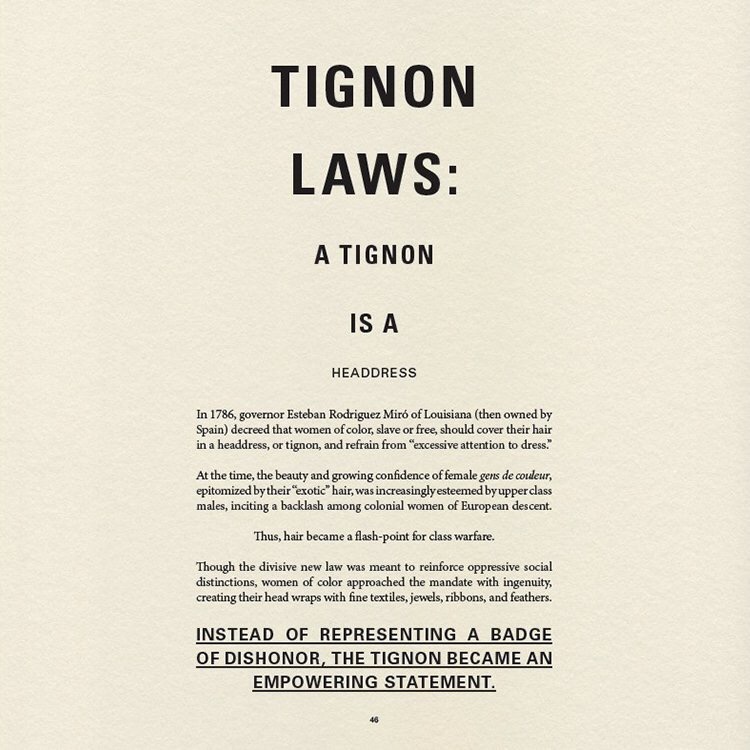 Screen captures from How to Make Lemonade by Beyoncé

To find out more about the history of the tignon law and Louisiana’s free people of color, click here.

To see a modern interpretation of the tignon, click here.