New Orleans is home to a variety of cultures and with those cultures comes a variety of food. The food brings together people and I want to examine how the cultures intermingled to create some of the most famous dishes from the city.

Claimed to have roots back to France and West Africa it is one dish that brings people together. It might even fix problems. Gumbo is a stew that is served over rice. 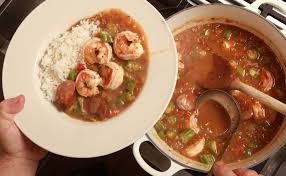 Pronounced eh-too-fey, this dish is very similar to Gumbo. It is a thick stew that is served over rice. The difference in the two is that the roux is lighter which not only makes the dish sweeter, but it gives it a lighter color as well. This dish has French roots. 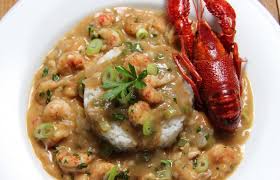 This dish is a staple in New Orleans. When Spanish settlers came to New Orleans they tried to recreate paella with local resources, what they got was Jambalaya. The dish is made up of meat, rice, vegetables, and spices. It varies from family to family and where a person lives. 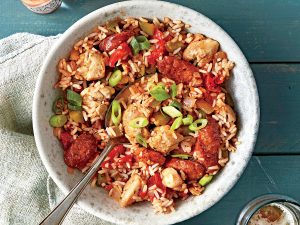 Yet another piece of New Orleans cuisine that is passed down through families is the Po-Boy. This sandwich is believed to have been created in 1929 when the streetcar drivers went on strike. Because it could be made inexpensively the drivers and motormen were able to get the sandwiches for free. When their order was taken someone in the kitchen would yell “Here comes another poor boy!”. 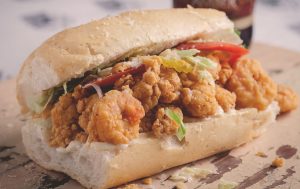 Last but definitely not least I wanted to end with something sweet.

This is a shaved ice treat that’s from the 1930’s. George Ortolano and Ernest Hansen created this while using the first ever shaved ice machines. This isn’t like the snowballs that you get from an ice cream truck. They are not frozen solid and chunks of ice, they’re more like actual snow. The best part? They’re topped with varying syrups to give them a delicious flavor. Some New Orleans favorites are Bananas Foster and praline pecan. What flavor would you want on top? 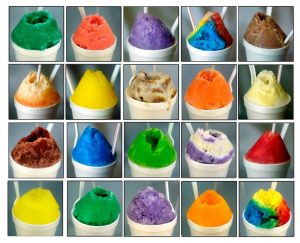 If you would like to find out more about some of the traditional food in New Orleans click here.

I do plan to further my research to connect the cuisine and the cultures that it came from. I also want to see if I am able to find concrete data on the effects of Hurricane Katrina on food sources for the city.