Judicial systems are a necessary part of every modern society; and New Orleans, Louisiana is no different.  Prior to 1835, State and local prisoners were held in a New Orleans city jail. However, by 1835 the prison fell victim to vermin infestation; and, as a result, the first state penitentiary in Louisiana was built under the control of a private firm.

The Louisiana state penitentiary is located 134 miles south of New Orleans in Angola, Louisiana.  The all-security penitentiary houses men who are on death row prior to their execution. Men, and also women, sentenced to execution are driven the 134 miles from the New Orleans Parish Prison to the state execution chamber at Angola.

The movement of these highly dangerous prisoners, and their subsequent executions, from the city of New Orleans to Angola ensured that these controversial acts were geographically remote from the population center of New Orleans. This likely resulted in fewer crimes in New Orleans and protests from those opposed to execution as a form of punishment. Ultimately, this lead to a “safer” New Orleans.

The prison at Angola was established 30 years prior to the onset of the Civil War. As the civil war came and went, the prison fell under new control, including under Confederate Major Samuel James. James expanded the Angola prison property to include 8,000 more acres. Major James named the Prison after the name for the home that housed his slaves, Angola.

Through the years, the prison was passed down through the James family and stories of abuse to the inmates surfaced.  These rumors proved to be true.  As a result, control of the prison control shifted to the Louisiana Board of Control. Subsequently, significant advancements such as the hiring of new officers and new construction was conducted.

The penitentiary was no only threatened by poor management, but was also threatened by various floods throughout the early 1900’s.  These floods left the crop based economy upon which Angola relied, in ruins. This economic impact led to Angola changing hands countless more times, until it was purchased by Henry Fuqua in XX date. Fuqua expanded Angola to 18,000 acres, all of which remain a part of the correctional facility today.

As hardships hit the United States in the form of economic trouble and wars, these hardships were felt throughout Angola. Budgets were reduced for correctional facilities and, as a result, inmate assaults increased so much that Angola was nicknamed, “The Bloodiest Prison in the South.”

In 1972, the wide ranging, negative aspects of Angola were addressed when Elayn Hunt was appointed to the position of Director of Corrections by the newly elected Governor Edwin Edwards. Hunt set about improving prison conditions. He exponentially increased the number of security guards. This was an important first step in creating a humane and more just correctional facility that were followed by improvements in the areas of health care, safety, and honoring the constitution.

Today, Angola not only survives but still operates as a correctional facility.  Angola is still located in the West Feliciana Parish housing over 5,000 inmates, with an average sentence of 93 years.

Individuals interested in the history of Angola Penitentiary can visit the museum and gift shop. Various historical exhibits and programs allow for a hands-on history of the importance and struggle of Angola prison in both New Orleans and Louisiana state history. 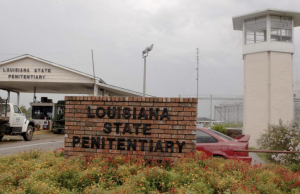 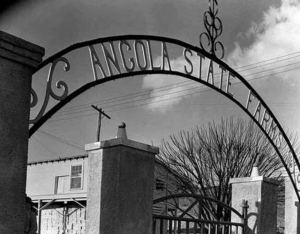 information for this blog post was drawn from: http://www.angolamuseum.org/history/histor