Almost every big city has or has had a red light district at one point or another. New Orleans is no exception, Basin Street, which would later become Storyville was New Orleans’s own place for alcohol sale, gambling, prostitution, and other illegal 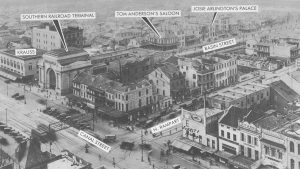 activities. Storyville was a place for entertainment of all kinds for those looking for a good time. Located next to the French Quarter, Storyville was formed to prevent the legalization of prostitution so it could be contained by city councilman Sidney Story. Prostitution was so popular here they even made guide books called Blue Books, almost like a yellow pages for the prostitutes. The Blue Books allowed the interested parties to browse things such as the race of the prostitute the 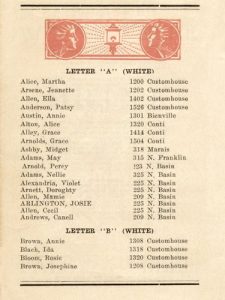 y may have wanted, STD cures, and other nightspots. It is said that Storyville had about 2,000 prostitutes at one time 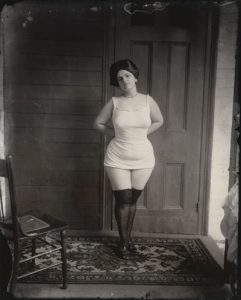 . Aside from prostitution, there were other forms of entertainment. Storyville is said to be the birthplace of Jazz. Many places of entertainment provided jobs to a number of Jazz musicians. Some of the musicians who played in Storyville included Louis Armstrong,  King Oliver, and Jelly Roll Morton. Despite Storyville’s immense popularity, it did eventually come to a close. When WWI began New Orleans began to be used as a port for sailors; Storyville was forced to be closed due to its proximity to the armed- service personnel. While people did fight to keep Storyville around, it ultimately could not stay open. Today, all that remains in the area that used to be the red light district are night clubs that romanticize Storyville’s hey day. 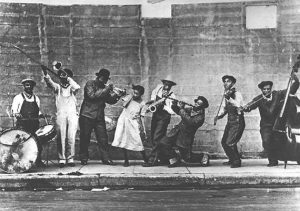