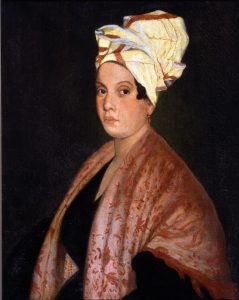 Due to my strong interest in Wicca and eclectic witchcraft, I found the popularity of Voodoo in New Orleans fascinating. Voodoo queens such as Marie Laveau used skills such as clairvoyance and healing to do her spiritual work.  Something I never knew was that Voodoo has strong ties to Catholic beliefs and practices. While some forms of witchcraft can have biblical ties, Wicca does not. Voodoo is the first religion I have seen with similarity to witchcraft and Wicca to have biblical ties. The deep history behind Voodoo and its origin is something I knew vaguely about before doing more research. I knew it had roots in Western Africa and made its way to the Caribbean through the slave trade, but I did not know how strongly it influenced culture. It is popular for Wiccans to have covens but not to the degree that Voodoo believes in group rituals. Over one million people practice Voodoo, and some rituals alone can attract thousands of people.  Similar to certain parts of Wicca, Voodoo is based deeply on spirit and ancestor worship, in addition to work with herbs, charms, and protection of oneself or others. Both Wicca and Voodoo are demonized religions by the general public’s opinion. Voodoo, unfortunately, was seen as another way to dehumanize and degrade African Americans as primitives, viewing their beliefs as purely superstitious and condemned mostly by Christianity.