The Irish Channel is deceptive. While its name suggests a majority Irish population, it is actually home to a large African American community. In its early days, however, this was not the case. Back then, the community living in the Irish Channel corresponded much more closely with its name.

In the early 1800s, the potato famine was taking a heavy toll on the people of Ireland. Thousands of people left to make a better life for themselves elsewhere, because otherwise they would starve. Many came to the United States. Because New Orleans was a port city, a large number of ships landed there, and the occupants often stayed. Not wandering far, much of the new immigrant population worked at the ports, and thus, the Irish Channel was born on the Mississippi River.  Not far from the French Quarter, it was majority Irish, but also home to some immigrants from Germany and Italy.

This was very much a working class neighborhood, and therefore was home to architecture like shotgun houses and small cottages, which were more available to the lower classes. Though the Irish had left the impoverished living conditions of their home country, many still died due to disease and dangerous work, such as the New Basin Canal. It was far from easy for these newcomers to build up their new lives, but they endured. 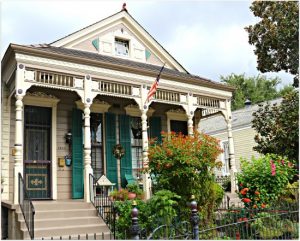 Today, the Irish Channel is still a center for the culture of the Irish, and has also influenced other parts of the city. An annual St. Patrick’s Day parade takes place there every year, and until 2005, Hibernia Bank (using an old name for Ireland) was one of the largest in Louisiana because of its many Irish patrons. The accent of the city takes traces from the Irish brogue, not unlike that of Brooklyn, where other Irish immigrants landed and settled. One of the churches that remains in the district (St Alphonsus) was built for the Irish. 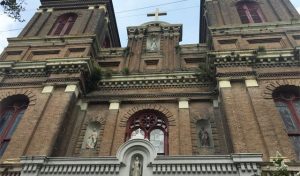 The residents of this neighborhood are tight-knit, and though it is no longer Irish in population, it still retains its identity and roots. It has just adapted to accommodate residents from every place and social status.