Many people have watched the popular TV series American Horror Story. Each season has a different theme and an abundance of char 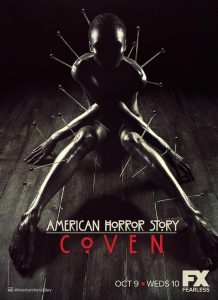 acters based on real people. During the show’s third season, American Horror Story Coven, the story takes place in modern-day New Orleans. That season featured a few popular New Orleans figures such as Marie Leveau, The Axe man of New Orleans, and Papa Legba. Many fans were disturbed to find out that the show’s most vile character was in fact a real person. Delphine Lalaurie is most infamously known for her unbelievably cruel treatment of slaves.  Being a white woman of significant wealth in New Orleans, she was naturally of high class and had many social connections. Lalaurie appeared to be kind and clean in public, but her private life wa 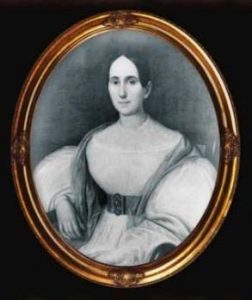 s very different. Guests of Lalaurie reported her to be seemingly empathetic and concerned for the well-being of her slaves, while other reports of Lalaurie’s slaves suggested that they were mistreated. As time went on, more rumors spread of the poor treatment of Lalaurie’s slaves. These reports attracted so much attention that her home was visited by a judge to inspect the conditions of the slaves, but nothing was found. Not long after, a neighbor of Lalaurie reported seeing a twelve-year-old slave girl falling from the roof of the Lalaurie home. The neighbor later told a judge that the young girl was running to avoid punishment from Lalaurie. The death of the girl resulted in the Lalaurie family being guilty of illegal cruelty, their punishment being they had to give up nine slaves. Following this, more speculations about what was happening behind the closed doors of the Lalaurie home were made, but no one could possibly imagine what was really going on.

On April 10, 1834, the Lalaurie home caught fire and officials arrived to handle it. Inside the home, officials found out the fire was started intentionally by Lalaurie’s slave cook who was chained to the stove. The enslaved woman told officials it was her suicide attempt to avoid cruel punishment. Because of that woman, officials found out about an upstairs torture room where seven slaves were being held captive. In the room, they found some slaves suspended by their necks, all mutilated. One elderly slave woman suffered a deep wound on her head while others had their limbs stretched and torn, the wounds filled with worms. As a result of the fire, a large crowd had developed outside the Lalaurie home and once it was made known what was in the upstairs room the public demanded the Lalaurie family be arrested. Unfortunately, officials did nothing and they were able to escape. Infuriated by this, the public destroyed the home, leaving it unrecognizable. Empty for many years and later used for various purposes, today the Lalaurie home serves as a historical reminder of the cruel treatment of slaves. 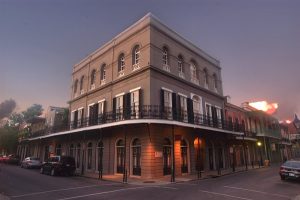 Over time the stories of the ways Lalaurie tortured her slaves became greatly embellished, but it is important to note that we do not know the full extent to which the slaves were tortured. Some of these embellished stories included the slaves having their eyes gouged out, lips sewn together,  and intestines pulled out and wrapped around their bodies. Although the most horrific story was Lalaurie’s caterpillar woman where the officials that rescued the slaves found a woman who’s arms were removed and skin peeled off in a pattern to resemble a caterpillar. The horrible reality of Delphine Lalaurie in addition to the intense stories that followed her provided to creators of American Horror Story with a plethora of disturbing material for the show, which they had no issue depicting in the most unimaginable way. http://http://https://www.youtube.com/watch?v=nZQFrB_cJvE